Materialism, the intellect, and abstractions

Much of contemporary neuroscience, psychology and philosophy of mind take it for granted that the human intellect is wholly reducible to the material—namely, the brain. Neurologists have figured out that damage to certain parts of the brain can change a person’s personality, memory, and emotions.  And although neuroscience has much more progress to make, scientists are quite confident that the future of neuroscience will yield answers to our remaining queries. Yet I maintain that neuroscience will never in principle be able to account for many aspects of the human intellect, and it is one such aspect that I will be highlighting here: that of abstraction and the nature of abstractions. 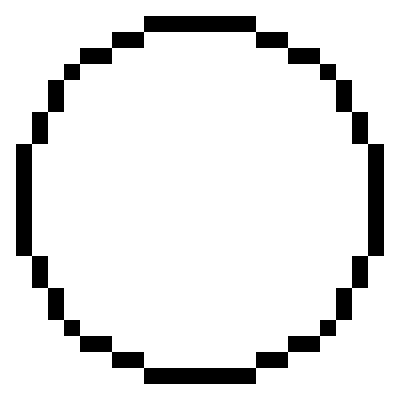 
Moreover, how do we know the figure on the chalkboard is meant to represent a circle, and not a hole, or a hoop? We cannot know until we ask the drawer of the circle, because only his concept of what he meant to draw is determinate. But even if the drawer did indeed mean to draw a circle, anyone could still mistake it for a hoop or a hole. Contrarily, my concept of a circle will always be a concept of a circle, and cannot be mistaken for the concept of a hole.
Now, what does all this have to do with the human intellect? Well, the point is this. My concept of a circle is determinate, exact, and perfect, yet physical circles will only ever be indeterminate, approximate and imperfect.  So why is it that my abstractions and concepts of circles are the complete opposite of physical circles themselves? For if my thoughts and abstractions are simply material and physical processes, then why is their nature contrary to the physical and material? Could it be that abstractions and thoughts are not physical and material processes?


What we’ve discovered above applies to almost any physical or material representation or symbol. As philosopher Edward Feser notes in his book Aquinas:  material symbols and representations are inherently always to some extent vague, ambiguous, or otherwise inexact, susceptible of various alternate interpretations. (Another good example that demonstrates this point is that if one were to draw a one-thousand sided regular polygon (a chiliagon) and a one-thousand-and-one sided regular polygon, then we could not visually tell the difference between the two. Yet we can surely tell the difference between the two conceptually.)
Now, since the nature of the intellect is in complete opposition to the nature of the material, then we should be able to say that the former is not a process of the latter. That is, the human intellect is not the result of material processes like the brain. Thus, since materialism fails, in principle, to account for the nature of abstraction and the nature of the human intellect—the one thing we know best through introspection—we can safely regard it as inadequate.