Theoretical Physicist David Deutsch on the limitations of science 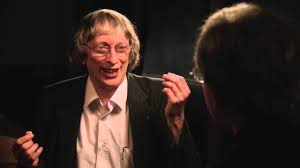 One of the most important limits of science is that it isn't philosophy. [...] Scientism is the purported application of science to problems that are really philosophical. Such as the question of whether animals really feel pain or not. We can tell whether animal's nerves are excited and whether their brains react to that. But whether an animal feels pain in the sense that humans do, or merely react in the sense that a robot does, that is ultimately a matter of philosophy, because it's only philosophy that can determine the criterion for science to use when trying to distinguish between those cases. So that's a limit of science--trying to reach into philosophy is scientism. [...] I would say to [those who claim that the only good explanations are scientific explanations] that that theory is not part of science, and therfore it rules itself out.

Taken from an interview with Robert Lawrence Kuhn.
Posted by Steven Jake at 8:12 PM