Harry McCall is a former fundamentalist Christian turned atheist. He (surprisingly) is a member of the Society of Biblical Literature and received his B.A. in biblical literature. I first came across McCall over at John Loftus’ blog Debunking Christianity, and subsequently read his essay in the anthology Leaving the Fold.

In October 2012 McCall expounded a thesis of his, in a post at Debunking Christianity that he built up with much suspense, basically claiming that such a thesis would destroy the very historical foundation of Christianity. This thesis is not a scholarly consensus and has not been promulgated by any  major academic community. It is to McCall’s explanation of his thesis that we will first survey (I will quote McCall piecemeal):

[F]acts prove that the Old Testament is little more than a canonized group of forge [sic] books written at a time when Palestine was awash in religious turmoil and where long dead Biblical figures all seem to have written something ancient.

There is no Biblical manuscript (I repeat), not one single section of the Hebrew Bible (Old Testament) older than 250 BCE at the earliest!

My goal is to prove that there was no Biblical record until the middle of the Second Temple Period!

McCall is arguing that the Hebrew Bible, as it stands, had its genesis in the Second Temple Judaic period (515 BCE to 70 CE), because none of our manuscripts are earlier than this time, and therefore the whole Old testament is the result of countless forgeries which took place no earlier than 250 BCE (though I believe McCall has revised this thesis and has moved the date even later, to the second century).

This thesis is, to say the least, far-fetched and extreme. No consensus of scholars of antiquity, classics, aNE, nor OT/NT biblical studies holds to such a hypothesis. It is a fringe thesis, and should be treated with skepticism, seeing that the majority of scholars in the relevant fields have seen no warrant to promulgate such a hypothesis. I maintain that this thesis is the epitome of absurd and is predicated, simply, on sloppy scholarship, shoddy reasoning, double standards, special pleading and wishful thinking. In order to substantiate my above claim, we will examine three aspects of McCall’s thesis: 1) the fact that it is a non-sequitur; 2) the double standards and special pleading he employs; 3) the absolute ignorance McCall demonstrates regarding the biblical textual evidence. It is to these objections that we now turn.

First, it should be obvious to any objective reader that McCall’s thesis, even if predicated on valid facts (which I believe it is), is a non-sequitur—that is, even if his facts are correct, the conclusion does not logically follow. It is certainly not reasonable to conclude that because the oldest manuscripts we have of a specific writing date to such and such a time, they could not have been written any earlier than said time. Notice that at this point we’re dealing with pure logical possibility. It is perfectly reasonable to infer—and in fact we’ll see below that this is done with most writings from antiquity—that the original manuscript of a writing can date to many years before the oldest surviving copy of said writing. The oldest surviving manuscript of a writing does not logically necessitate that said manuscript is the earliest copy of the writing. To claim otherwise is pure ignorance embedded in dogmatism.

Now if my above objection is true, then this means that McCall’s conclusion does not at all follow from the facts he has highlighted; and if McCall’s conclusion does not follow, then his thesis is unwarranted and fallacious. The only way for McCall to revive his thesis is to claim that it is plausible for an oldest existing manuscript to have its genesis in an earlier copy that is not currently possessed; but if McCall does this then his thesis loses all efficacy. McCall is stuck between a rock and a hard place.

Second, I maintain that McCall commits a major double standard with his thesis. To reiterate, McCall is claiming that since the oldest manuscripts we have of the Hebrew Bible are no older than 250 BCE, they could not—remember that if he admits they could then his thesis loses all plausibility—have been written any earlier. Yet, McCall only applies this standard to the Bible, and not to other writings of antiquity. But, most writings of antiquity run into the same problem that McCall is posing for the Bible, namely, late manuscripts. 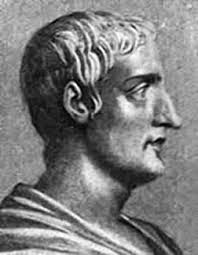 Let us demonstrate with examples. Cornelius Tacitus (A.D. 56-120) was a Roman historian and senator. Tacitus is considered to be one of the greatest Roman historians of antiquity. So, one would think that Tacitus’ writings live off of an abundance of manuscripts that date back to his period, right? Wrong. Tacitus’ Annals originally contained at least sixteen volumes. Yet, only volumes 1-4 and 12-15 survive, and therefore we only have half of Tacitus’ original work. Not only that, but the oldest surviving manuscript of the Annals that exists dates to the ninth century! Therefore, by McCall’s own reasoning, it could not have been written any earlier, and was forged in Tacitus’ name.

These types of examples abound in the ancient world.  Suetonius (A.D. 69-140) was another Roman historian, and the earliest manuscripts we contain of his The Twelve Caesars date to the ninth century as well. Thucydides (460-400 B.C.E) was a Greek historian and his earliest fragments date to the 1st Century A.D. Greek historian Herodotus (484-425 B.C.E) was labeled “The father of history” and is seen as, arguably, the greatest historian in antiquity. His masterpiece The Histories survives with the earliest fragments dating to the 2nd Century A.D. This is only the tip of the iceberg. And all these great and well-known historians of antiquity are hundreds of years removed from the earliest existing manuscripts of their writings.

But remember that by McCall’s own reasoning, all these documents were forged! Here is a quote from McCall: To argue that the Bible was an ancient historical document that existed prior to this period, one MUST have textual support. Now let us take McCall’s same line of reasoning and apply it to the other historians of antiquity surveyed above:

To argue that [the writings of Tacitus, Suetonius, Thucydides and Herodotus were] ancient historical documents that existed prior to [their oldest existing manuscripts], one MUST have textual support.

Surely we can now see how ridiculous McCall’s thesis is. If McCall’s standard was employed with regards to all writings in antiquity, then we would have to conclude that all writings in antiquity were forged! That means Tacitus didn’t write the Annals and Herodotus didn’t write The Histories. Again, this is what we must infer if we are to follow McCall’s reasoning. Now, McCall has had this objection brought to his attention. This was his response:

Apples and oranges…Tacitus was not writing a divine history…he did not claim to have the one true history for over 4,000 years. He did not copy other works, then deny they existed and claim them exclusively as from his god/gods.

McCall is claiming that the Hebrew Bible cannot be evaluated with the same standards as Tacitus, Herodotus et al. because the Hebrew Bible claims divine inspiration, whereas the former does not. Yet McCall is simply employing a red herring. Whether a text claims divine inspiration for itself does not necessitate how we should critically evaluate it. What’s amusing is that this is the very thing Christian apologists do with regards to biblical criticism—they engage in special pleading by asserting that the Bible should not be subject to the same standards of criticism as other writings, because the Bible is divinely inspired. McCall is, also, doing nothing more than engaging in special pleading. Just because the Bible claims inspiration for itself does not mean we treat it any different than any other historical document from antiquity. If the Bible claims to be giving us history, which it does claim throughout, then we need to subject it to the same criticism that we subject Tacitus’ Annals to, for example.

Third, let us look at a biblical example that seems to run counter to McCall’s hypothesis. Let’s begin with the nature of the Book of Isaiah. The Book of Isaiah is considered by the consensus of scholars to have been written by three authors: “First Isaiah” who wrote chapters 1-39, “Deutero-Isaiah” who wrote chapters 40-55, and “Third Isaiah” who wrote 56-66. Now, scholars believe that these chapters were written, for the most part, centuries apart from one another. Yet, on McCall’s thesis we have to believe that all these chapters were written sometime around the Second Temple Period. You see, the earliest copy of Isaiah we possess, known as the Great Isaiah Scroll, dates to around 100 BCE, and therefore it couldn’t have been written any earlier, according to McCall anyway. But, this presents a problem. Isaiah 52, written by Deutero-Isaiah, makes a peculiar statement that makes sense only if promulgated around the end of the exile. Here’s Isaiah 52:1 (emphasis added): Awake, awake; put on thy strength, O Zion; put on thy beautiful garments, O Jerusalem, the holy city: for henceforth there shall be no more come into thee the uncircumcised and the unclean. In this chapter the Israelites have just returned from exile, and Deutero-Isaiah is trying to prophesy to the people that they have paid their dues, that Jerusalem has returned into their hands, and that things will stay that way. Now, this is to be expected from a group of Jews who believe that they were sent into exile because of their sinfulness and that they have since paid the price and can now enjoy their beloved promise land.

But why, you might ask, does this prophecy only make sense if professed around the time the Israelites escaped exile? It’s simple: the prophecy failed. In case one didn’t know, Jerusalem has had many the uncircumcised and the unclean set up shop there. Antiochus Epiphanes pillaged Jerusalem in 167 BCE (which helped lead to the Maccabean revolt), and many such destructions and foreign invasions took place soon after. So, obviously, the verse in Isaiah was written before all of this happened, otherwise we’re meant to believe that Deutero-Isaiah deliberately wrote a false prophecy—which goes against common sense, and the nature of Second Temple Jewish literature.

Yet, if we accept McCall’s thesis then examples (and there are many more) like these become inexplicable. If Deutero-Isaiah wrote in Second Temple Judaism, then why would he construct a prophecy he knew was false and was being falsified at that very time? Let it be known that Second Temple Judaic forgeries were constructed to attach validity to their writings and, many times, promulgated prophecies after the fact—that is, after they had already happened so that they would be seen as valid. So, why would Deutero-Isaiah do the complete opposite and attach obvious invalidity to his writings? Such questions seem to have no reasonable answer on McCall’s thesis.


I maintain that we have seen absolutely no reason to (and every reason against) adopt McCall’s outrageous hypothesis. He claims that we need textual proof to overturn his thesis, yet we only need show that his thesis is fallacious, employs double standards and special pleading, and goes against the evidence we do possess. And this has been done. Is the Hebrew Bible a forged document of the Second Temple period? We have seen no cogent reason to think so.