God is not good


One issue that is constantly at the back of my mind is the so-called problem of evil. This problem is formulated in many (usually philosophical) ways—e.g. as Epicurus’ or Hume’s famous dilemma between forfeiting God’s goodness or his sovereignty in the light of evil. Yet, I think that when most people feel the weight of this dilemma, they feel it emotionally and not intellectually—at least that’s the case with me. When confronted with the callous reality of suffering in the world, the question immediately arises regarding how a good and loving God could be behind the scenes, pulling the strings as it were. I mean, if the God of Christianity exists, then why do children die by the thousands every day—by starvation and disease to name a couple--or why do natural disasters constantly kill significant percentages of the inhabitants of the world in a cyclical fashion? Why is there so much filth, injustice, suffering, disease, abuse, neglect, terror, sorrow, and death in a world supposedly created and sustained by a good and loving God?

One common apologetic response is the “We cannot see the whole picture” adage. I think we’ve all heard this, and maybe thought it: God’s ways are not our ways, therefore while we look at this or that act of suffering, we are not in a position to step back from it as a whole and see how it all woves into the fabric of all of existence. The point articulated here is basically that our view of things is incomplete and because of that we lack a God’s eye view with which to see how the evils in the world relate to one another. Therefore, these acts which we mistakenly characterize as evil could actually be good when the entire picture is unraveled, and thus we lack justification for pinning these evils on the character of God. 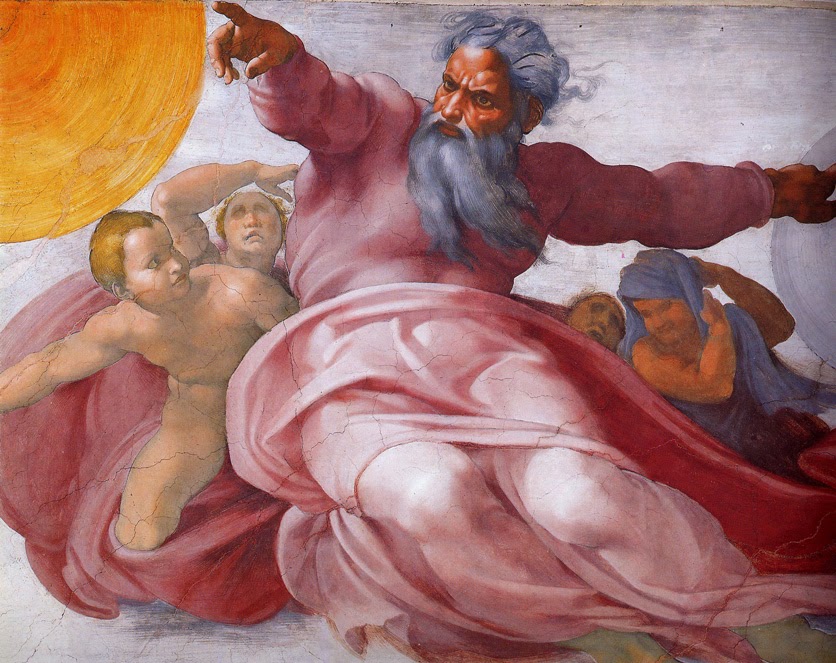 Surprisingly, to some of my readers, I am not sympathetic to this view. Don’t get me wrong, I agree that our vantage point as humans is finite and that we should be careful when attempting to extend this viewpoint beyond its reach to make judgements that we have no right to make. Nevertheless, the aforementioned apologetic script runs into many problems of its own. For instance, if the seeming evils of this world are really instruments for good, then it seems hard to absolve God of the label of evil. For it seems quite obvious that the rape of a woman or the death of a child is evil, and no matter what good comes of it the individual who arranged these events is morally culpable for using these acts of evil as instruments to achieve some good. More than this, the argument could also be made that if God’s purpose is to achieve certain goods, then, since he is omnipotent, he could achieve those goods without the utilization of evil—at least without the evil that is not tied to free will.

However, I still think that even these objections given are wrong-headed, and this is where I make my transition into the real subject of this post. My argument is that all this talk of God as morally culpable or morally virtuous, as well-behaved or misbehaved, is simply the wrong way to conceive of and speak of God’s relation to the world and man. You see, when one begins talking about whether an individual is morally justified or morally culpable regarding specific acts, they are assuming that that individual is a moral agent. That is, they are assuming that the individual is an agent among others and is somehow part of a moral community. When determining one’s moral standing we are asking questions regarding the moral obligations and duties of that individual and how they relate to a moral community, and subsequently we desire to determine whether or not that individual has satisfied those obligations. But the question that needs to be posed with respect to God is whether or not he is a moral agent in this way. And the answer seems to be a resounding “No.”

Remember that God, as classical theism has conceived of him, is not a being among beings, or an agent among agents. He is not, as many contemporary theologians have promulgated, simply a person with all good attributes maximized. That is to say, he is not a being with the attributes of omnipotence, omniscience, and benevolence etc. No, he is being, he is existence, he is goodness etc., and his being is his goodness which is his power which is his knowledge. So the significance of this to our discussion is that God is not a creature among creatures, or a being among beings, or a person among persons, or an agent among agents, or an existent among existents, therefore it seems that God is not one among many, and thus is not part of any moral community. This seems to entail that God is not a moral agent. That is to say, there are no moral obligations or duties that God needs to fulfill, and therefore he cannot be seen as morally virtuous nor unrighteous. Again, these terms simply don’t apply unequivocally or literally to God. God cannot be morally good or evil, the way we use these terms, any more than God can be corporeal.

Now even many Christians, or theists, will feel uncomfortable with this. For isn’t a central claim of orthodox theology (whatever that is) that God is morally good and just? Sure, but classical theists have always understood these terms to apply to God analogously, and not literally—just like any predications of God. So, we can indeed say that God is good, as long we know that we don’t mean that God is literally morally good.

Now the skeptic is most likely yelling at the computer screen right about now, articulating the following response: If this whole post was simply to show that moral terms cannot be applied literally but only analogously, then nothing has been solved. For we can still say that God is analogously evil, instead of literally evil, and the problem of evil still rears its ugly head. However, this is simply not the case, because for a scholastic perfection is the tell-tale standard of goodness, and perfection is achieved when a substance perfectly achieves the ends set down by its nature—that is, when an end is actualized—and evil is seen as a privation—that is, the absence of an end that should have been actualized. Therefore since God is pure actuality and pure being, it follows that he is a perfect being, and thus is good. Furthermore, since God is purely actual then he contains no privations, and thus no evil—again, with the understanding that these terms are being used analogously when applied to God.

So, in the grand scenario of things this means that the problem of evil is a category mistake when promulgated to question the existence of God. The whole talk of good and evil, well behaved and misbehaved, morally culpable or morally virtuous, simply doesn’t apply to God. God is not evil, and he is not good, as long as these are predicated literally.
Posted by Steven Jake at 10:49 AM