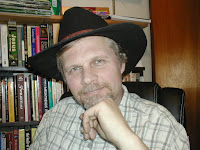 A few weeks ago I was having a discussion with John Loftus over at his blog Debunking Christianity. Our discussion was regarding the explanatory limits of science, and whether or not an empiricist epistemology can adequately ground philosophical naturalism. During this discussion I was bombarded with comments—some fruitful, and others just plain ridiculous—from other regulars at the blog, and during one of these side-discussions I brought up the fact that the laws of logic are necessary truths, and thus cannot be false. Well, John chimed in, claimed the contrary—namely, that at least one law of logic was false--and provided a link to a past post of his that “demonstrates” this. And it is this post I want to focus on presently.

The post in question is really just a piggyback on claims made in Howard Bloom’s book The God Problem—I haven’t read the book, and after reading the small snippet of idiocy that Loftus highlights in it, I don’t plan to. John begins by quoting from said book:


A = A is false. It is sometimes a good approximation. But in the end, it's not 100 percent true Why?...Opposites can be true simultaneously. In fact, they usually are.


It should be obvious that the quote here is dealing with the law of identity, which really just states that something is identical with itself, and thus A is equal to A (itself). But according to Howard Bloom this law is only an approximation, and it’s not immutably true. Apparently A is not always A, which really means that something is not always identical to itself. Why would Bloom claim this? Because apparently opposites can be true simultaneously. But, in what form does Bloom mean that opposites can be true simultaneously? Well John doesn’t expound what Bloom means here, but he doesn’t need to. For if Bloom means that existential opposites can be true then he is sorely mistaken.

For it simply cannot possibly be the case that something can be both A and non-A simultaneously. Something cannot exist and not exist at the same time; a proposition cannot be both true and false at the same time and in the same respect; my wallet cannot both be in my pocket and not be simultaneously etc. Not only this, but if it were possible that something could be both A and non-A then we run into epistemological problems. For one can only deny the immutability of the laws of logic if his words have an intended meaning, and not the opposite of that meaning. But this cannot be guaranteed if the laws of logic are not immutable, and thus no proposition could ever have an intended meaning, including the proposition that denies the necessity of the laws of logic. Therefore, the laws of logic (including the law of identity) are immutable, since to claim the opposite results in a reduction ad absurdum.

But is this really what Bloom meant by claiming that opposites can be true simultaneously, and thus A is not always A? I can’t say, but luckily John continues his post by attempting to explicate points that ground Bloom’s denial of the law of identity:


So, it is here where John demonstrates his embarrassingly bad comprehension of philosophy—even though he has a Masters in philosophy. The law of identity (A is A) does not mean that elements in a set are identical to each other. That is, the law of identity does not state that, for instance, one dog is identical to another dog simply because they’re both dogs. It doesn’t state that the six letter a’s I am using in this sentence are all identical. Rather, it states that any existent is identical with itself. And surely this is necessarily true. So again, it seems that John’s point was predicated on a complete misunderstanding of the fundamental law of logic. He didn't even understand the very proposition he was arguing against.

Now, why have I made such a big fuss like this? Does pointing out that John has misunderstood one single law really warrant an entire blog post? Well, yes, for the following reasons. First, John prides himself on being a pioneer of reason and logic. But as it turns out, by denying and not understanding a foundational pillar of logic John is highlighting that he is, actually, illogical. Second, John is very cocky, and likes to pronounce the views of those who disagree with him as delusional. Yet John himself has earned degrees in the very field that he misunderstood so badly! (Although, to John’s credit, maybe he fell asleep in logic class.) So, how can I trust John’s judgement regarding anything when he harbors such a poor understanding in the very subject that he has graduated in? The answer is that I cannot, and neither should anyone else.
Posted by Steven Jake at 10:15 AM