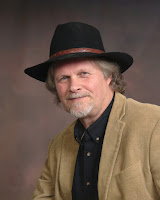 The first book I read that aggressively argued against Christianity and theism, and made a subsequent case for atheism, was John Loftus' Why I Became an Atheist. To this day I still believe that it's a great book, and should be read by any believer (and non-believer) who actually wants to confront the opposition and survey the case for atheism. It is this book, along with Loftus' patented Outsider Test for Faith contained therein, that elevated Loftus to the forefront of the New Atheist movement. And while Loftus was never considered one of the "Four Horsemen of the apocalypse," he was nevertheless one of the most famous up and coming skeptics just a few years ago. At the height of his relevance he was printing  atheist anthologies left and right, debating the likes of Dinesh D'Souza, and enjoying a major following on his blog Debunking Christianity.

But these days are long gone, and for some reason Loftus seems, at least to me, to have faded away from being relevant. While he's still writing and editing many books and anthologies, they don't seem to be garnering much interest or mention--at least not as much as his first books. And while he's still debating, his debates, likewise, have failed to gather much interest from those involved in religion debates. Even more, his blog has taken a nose dive, and seems to have lost whatever prominence it used to have.

What are the reasons for Loftus' fall from grace? Well it seems that there might be a couple reasons. First, Loftus' seems to have overdone the whole anthology/book thing. That is to say, he's printing too many books. You see, it was actually quite interesting when Loftus first came out with The Christian Delusion and The End of Christianity--anthologies arguing against Christianity from a myriad of perspectives. Yet his continued push in this vein, with subsequent anthologies and books, appears to have been too much of a "good" thing. In other words, this constant inflow of books seems to have actually reduced the value that each book has. Heck, Loftus already has another anthology set for release later this year, and is already writing another book about the end of philosophy of religion. And I think I speak for a lot of skeptics and believers when I say: who cares?

Secondly, Loftus is not much of a speaker, and this has no doubt affected his publicity as a "freethinker". I remember watching him in his D'Souza debate, and wondering how someone who was so articulate in print could be so incoherent in person. This train-wreck reached its culmination when Loftus debated David Wood last year, for the second time (see here). This was probably the worst I've ever seen him perform. He was inarticulate, bumbling, his arguments were poor (even coming from him), and his presentation was simply terrible overall. Performances like these seem to be a huge contributing factor in explaining Loftus' descent into irrelevance. (I mean, just think of the publicity Loftus would have received if, on the contrary, he displayed a performance like that of physicist Sean Carroll. )

Thirdly, Loftus' blog, his primary medium, has become a wasteland relegated to dense, unsubstantiated, arrogant, and unreasonable dialogue saturated with ridicule--both from him and many of his commenters. This is why you rarely see theists or Christians comment there, because the blog is not conducive to fruitful dialogue. Moreover, Loftus' current posts tend to be low on substance, and continually regurgitate the same notions over and over.

Moreover, as of late Loftus has been fond of unjustly and consistently attacking fellow atheists like Jeff Lowder and Keith Parsons, on various topics, ad nauseum--going so far as calling Parsons ignorant and arrogant (see here) , and calling Lowder stupid, and a hypocrite. The problem is not that Loftus disagrees with them, for he is surely entitled to his own opinion. Rather, the problem is with how Loftus goes about engaging in dialogue with his interlocutors. He's arrogant, uncharitable, obstinate, and downright petulant--in fact he even banned his own friend and frequent poster Harry McCall over a minor dispute regarding the scholarship of Bart Ehrman. Furthermore, when this type of unreasonable behavior is brought to Loftus' attention, he fails to take heed and only digs himself further in his hole of close-mindedness and conceit. Just survey these recent comments by Loftus in a post of his:

I think Coyne's comments [on some atheist's disdain of the New Atheism] also explain why some small-minded atheists don't like me as well. This is something that has only recently dawned on me, since I have not thought of myself as having much fame or being that important. These misinformed and jealous atheists "perceive" me to have achieved a certain amount of fame they can only dream of having. So they attack. This should encourage me, or something.


How can one expect to have a fruitful dialogue with Loftus when this kind of misplaced vanity is rattling around in his head? You can't.

Now, couple all this with the fact that Loftus has repeatedly made claims to be hanging it up, as it were, though he always changes his mind and returns. In 2012 he said that, "[i]t’s time to move on[…]I see no reason to waste large chunks of my time on this delusion anymore," and yet a couple of months later he was back blogging and writing full-time. And recently he has commented in a similar vein. It seems that Loftus' continued and constant hiatuses might have contributed to many being indifferent to what he subsequently has to say--at least I know I've felt this way.

In light of all these factors it seems to me that Loftus has faded away from relevancy in the secular community. Most theists don't see the need to address him any longer, and many secularists don't seem to bother much with what's going on in his little world. Maybe it's time for Loftus to actually follow through with his own instincts, and hang up his hat.