Let me preface this post by articulating the fact that I don't view my following comments as a rigorous philosophical treatise on the topics of consciousness or emergentism. Rather, this post is more in the form of a random collection of my thoughts, which may or may not be right, on said topics.

Consciousness continues to present problems for any physicalist or materialist philosophy of mind. Theories like eliminative materialism, functionalism, and identity theory seem, by some, to fall short of accounting for the peculiarities of consciousness such as intentionality, qualia, and the "illusion" of free will. Some of these problems and difficulties have caused a preemptive adherence of materialists to another philosophy of mind: that of emergentism.

Emergentism, as a philosophy of mind, holds that properties, patterns, or realities of consciousness are novel qualities that emerge from the interaction and configuration of their constituents. These qualities are called "novel" because they do not exist--either in the same degree or even in the same kind--at the substrate level of their aggregate parts. An example of this emergence is given by the quality of solidity. That is, the table I'm currently typing at is solid and firm, yet this quality is not found, and least not at all in the same sense, in the particles and atoms that make up this table. In fact, it is said, the atoms are mostly empty space, and "solid" is one of the last adjectives we would use to describe them. Thus, the solidity of the table would seem to emerge upon the configuration of the constituents.

How does this help physicalism/materialism? Well materialists famously have trouble accounting for how compositions of particles, atoms, and neurons which are not intentional and conscious can produce qualities antithetical to those very parts. However, we see cases all around us, evident in the table example, of component parts generating emergent properties that the parts did not themselves possess. So, it is said, it might very well be the same with regards to the brain and consciousness. For if a set of aggregate parts X1 can produce an emergent quality Q in light of the fact that each element in X1 does not possess Q then it is at least in theory possible that consciousness and the qualities therein can emerge from mere particles and neurons.

Now while I admit the possibility of emergentism as a philosophy of mind, I don't at all find it to be persuasive, nor do I believe anyone has come close to demonstrating its validity. Let me articulate my reasons for the former. First, we've only discovered two reasons that a quality might emerge from certain constituents: 1) emergence from mere structure, or 2) proto-emergence. In 1) a quality is generated strictly from the arrangement or structural relation of its constituents. An example of structural emergence is a box that has the property of "containment". The pieces that makes up the box do not harbor this property, but when these pieces are arranged a certain way, we see the emergence of the ability to contain--and it is the structural relation that grounds this emergence. In 2) the qualities of the component parts produce the same quality, but to a higher degree, in the emergent property. An example of this proto-emergence is a magnetic field emerging from charged iron atoms. This is proto-emergence, and not structural emergence, since each iron atom is itself a little bit magnetic, and thus all of these magnetic iron atoms together generate a magnetic field. 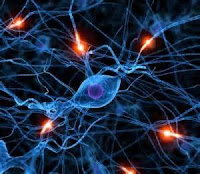 So, why is the distinction above important? Well, it seems that if the qualities of consciousness are emergent then they would need to be either structurally emergent, or proto-emergent. But, and here's where the problem arises, we know that consciousness cannot be the result of proto-emergence, since particles, atoms, and neurons are not themselves conscious, or intentional, and do not exhibit qualia, and no amalgam of non-conscious constituents can generate a conscious property through proto-emergence. Thus, proto-emergence is not a possibility for the materialist. But what about structural emergence? This seems to be a dead end as well. For while there are many mysteries yet to be uncovered about the brain, it's structural physical arrangement and components are quite well known. Neurologists know all about the mechanics of neurons, axons, dendrites, synapses, and the like--the building blocks of the brain. And yet, there is nothing about the arrangement, structure, and pathways between these components that would yield the properties of consciousness.

Again, I don't want to stretch this too far as if what I've said is a knock-down argument against emergentism--it's not. But what we've surveyed so far does paint emergentism in an unfavorable light, and puts a burden on the one who wants to claim that the ontology of emergence can adequately account for the most pervasive human experience--consciousness. I'll end on a note from philosopher James Madden:


[T]here is absolutely nothing about the chemical processes occurring within neurons with which we are remotely acquainted that in any way explains the fact of consciousness. Of course ignorance of an explanation does not entail that there is no such explanation, but we should ask ourselves how likely such an explanation is given our general understanding of the world. The probability, as far as we can tell, seems to be exceedingly low.