Contra Scott Clifton on the Principle of Causality

It’s been quite a while since I last posted an article on my blog; in fact, I pretty much told myself I was done blogging. And yet here I am…blogging again – “Just when I thought I was out, they pull me back in.” But, instead of explaining my absence, or promising that I will blog in the future, I think I’ll just jump right into my post. 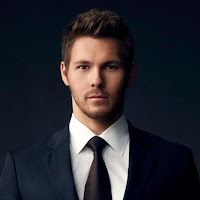 I’ve looked up to Scott Clifton (also known on YouTube as Theoretical Bullshit) for a long time now, ever since I first watched him in my favorite soap opera The Bold and the Beautiful. Ok not really, I’ve never watched him in a soap opera. I really looked up to him because of his videos on YouTube. I began watching Scott’s videos around 2010, when I was still a naive Christian apologist, and even though I disagreed with him more often than I agreed—though now that’s changed—I always took him very seriously intellectually, and I still do—in fact, his argument from nonbelief has helped shape my present beliefs.

Recently, to my pleasant surprise, I discovered that Scott has a blog on his website, and already has a lot of great articles. And it’s one article in particular that I have felt the need to address: an article entitled Beginning to Exist: A Critique of Kalam’s First Premise—please make sure and read Scott’s article before following along with my critique. Now, hopefully my readers (however many of them are left) know that I am not a William Lane Craig fan, in fact I disagree with him on virtually everything—and I certainly am not a fan of the Kalam Cosmological Argument (KCA). However, I do in fact endorse the first premise of the KCA, and I do believe it to be true, and thus I disagree with Scott in this regard. Hence my motivation is manifest for the writing of this post.

So, before we jump into Scott’s criticism, I believe most of my readers are aware of the first premise of the KCA: (P1) everything which begins to exist has a cause. This is a basic form of the principle of causality (which I have defended here) and, obviously, in order for the KCA to be sound, this premise needs to be true. This is where WLC attempts to justify said premise, and Scott lists Craig’s justifications as follows:
1)   Something cannot come from nothing.
2)   If something can come into being from nothing, it becomes inexplicable why just anything                   or everything doesn’t come into being from nothing.
3)    Common experience and scientific evidence confirm the truth of [P1].

Scott then begins with his criticism of (1):

It’s odd that Craig ever refers to this [sic] an “argument”. It’s not an argument; it’s a claim. And why should I, his intended audience, believe this claim? Craig’s answer is that this is a “metaphysical intuition” we all share. But what is an intuition? As an evolved primate whose cognitive abilities were naturally selected for survival and mating, why should I—an atheist for whom the Kalam Cosmological Argument is intended—take this seriously as an epistemic tool for determining the ultimate metaphysical nature of reality? What should I understand my intuitions to be, exactly, if they are not ultimately reducible to induction? How could this “metaphysical intuition” (which I don’t share, by the way) be anything other than an inference—conscious or subconscious—derived from my empirical knowledge of temporal, spatial, ex materia causality in the physical world? Isn’t (1) really just (3) in ‘metaphysical clothing’?

There’s a lot to unpack here. First, I agree that if one of Craig’s arguments for (P1) is simply to assert (1) as a mere intuition, then he has much work ahead of him. That being said, I don’t share Scott’s skepticism towards this principle, for reasons I will explicate shortly. Now, while I do agree that principles like (1) are abstracted from the spatiotemporal world, I don’t see that this hinders one from pronouncing (1) as a necessary proposition that we can be certain of.

Take, for instance, the cornerstone of logic and epistemology, the laws of logic. As I’ve argued in the past, we can be absolutely certain of these principles. Is P identical to P? Certainly. Is it the case that an existent cannot be both P and not-P  at the same time and in the same respect? Absolutely, etc. etc. Again, these logical laws are seen to be (by most logicians) logically necessary truths which would hold in any conceivable world—spatiotemporal or not—and it certainly is not a problem that these principles are abstracted from the world we observe. Now, is Scott skeptical of the efficacy of the laws of logic the same way he’s skeptical of (1)? I can’t say. But, if he is then I fail to see how this wouldn’t poke major holes in his epistemology.

More to the point, all that would need to be demonstrated in order to equate the efficacy of (1) with the efficacy of the laws of logic is to demonstrate that the former, like the latter, is a necessary truth. And this is not difficult to argue—though, in order to be as exhaustive as I can to argue this point, I will be using more Aristotelian-Thomistic jargon than analytical jargon [insert eye-roll here].

The phrase “something coming from” indicates that at one time this “something”, or whatever made up this “something”, only had the potential to do this, and thus when it did in fact come from whatever it came from, it was reduced from potency to act. Just like in order for water to come from ice, the ice had to, at some point, have only had the potential to become water, and subsequently when it did become water, this potency became actual.

Along with claiming that (1) is not a metaphysical principle we can be certain of, Scott maintains that there are other linguistic problems with this principle:

Further, there’s some very tricky language being employed here, and it causes other problems. Ask yourself if (1) is logically equivalent to:

(1′) Something cannot not come from anything.


Well if “nothing” means “not-anything”, then yes, the two statements (1) and (1′) are indeed logically equivalent. However, this presents a problem, since God by definition “didn’t come from anything”. So if God exists, then this proposition is false, and vice versa. Meaning the (logically equivalent) proposition, “Something cannot come from nothing” is also false, or else theism is false.

Not so fast though because Scott anticipates this objection:

(1″) Something cannot come from not-anything.


Meaning we must turn our focus to the phrase “come from”. God, you may argue, didn’t “come from” anything at all, whereas an uncaused universe would have “come from” not-anything, and that’s the difference. But is that even coherent, let alone true? I think not! Why think the phrase “came from” applies to the universe any more than it applies to God? If the earliest moment of the universe was the first moment of time itself, it is incoherent to speak as if the universe did any “coming from” at all. It would simply be the case that the universe exists at all points in time, and that there exists no moment prior to its existence… just like God.”

However, does this actually mean that the universe, therefore, didn’t have a cause? Not necessarily, for, as I’ve argued in the past (here), there are cases of efficient and material causation which are non-temporal. If this is correct, then the universe can still have a cause without temporally coming into existence, and therefore it would still be contingent. However, let us note that, in his post, Scott did not survey whether or not the universe is contingent because it is outside of the subject matter dealt with in said post, so he can’t be faulted for not considering these responses.

At this point Scott delves into Craig’s justification for (1) based on an A-theory of time, and at this point I have no hard opinions on what he articulates. Subsequently, Scott then addresses Craig’s second (2) and third (3) argument for (P1), yet, in agreement with Scott, I don’t find (2) or (3) very persuasive, so I have little to say here. However, let it be known that in his discussion of Craig’s arguments for (3), Scott makes many comments regarding the nature of temporal causality that I would not agree with, but I feel as if the comments I’ve made above, and the articles I’ve linked to regarding causality, suffice to provide an answer to said comments.